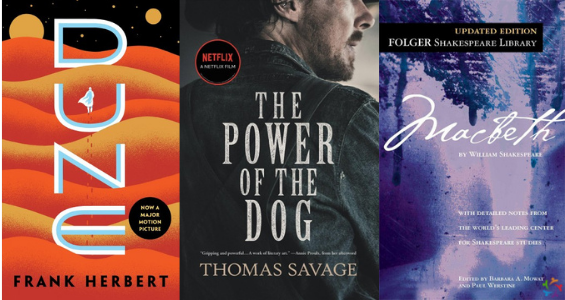 (Please note that the nominees are presented in alphabetical order.) 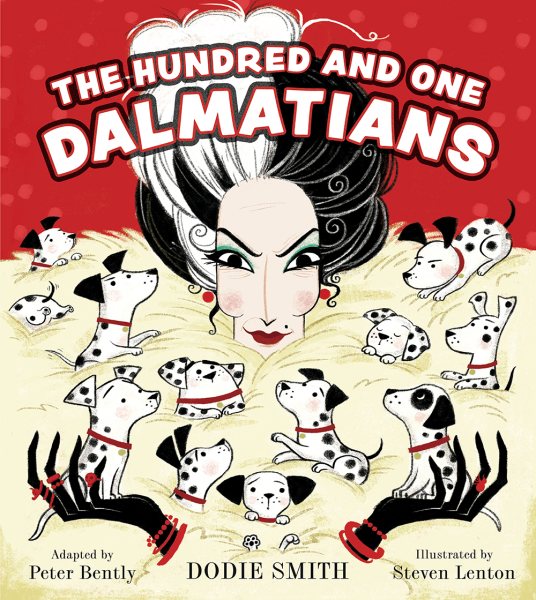 Dalmatians Pongo and Missis live in London with their beloved owners. When Missis finds out she’s going to have puppies, they’re all thrilled! But, Missis doesn’t just have one puppy . . . or two . . . or three . . . she has fifteen! When the puppies go missing, Pongo and Missis know that there’s only one woman who can be behind the dognapping- the notorious Cruella de Vil.

The 2021 film Cruella is available for library checkout.
(Note: cover art featured here is from an adaptation written by Peter Bently and illustrated by Steven Lenton.) 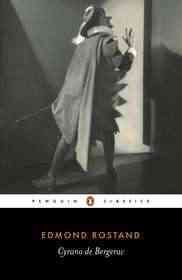 Poet and soldier, brawler and charmer, Cyrano de Bergerac is desperately in love with Roxane, the most beautiful woman in Paris. But there is one very large problem – he has a nose of stupendous size and believes she will never see past it to return his feelings. So when he discovers that the handsome but tongue-tied Christian is also pining for Roxane, generous Cyrano offers to help by writing exquisite declarations of love for the young man to woo her with. Will she ever recognize who she is really falling in love with? 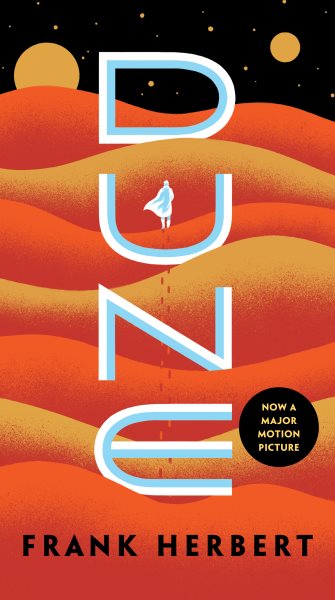 Dune
Based on the novel Dune by Frank Herbert

Set on the desert planet Arrakis, Dune is the story of the boy Paul Atreides, heir to a noble family tasked with ruling an inhospitable world where the only thing of value is the “spice” melange, a drug capable of extending life and enhancing consciousness. Coveted across the known universe, melange is a prize worth killing for . . .

When House Atreides is betrayed, the destruction of Paul’s family will set the boy on a journey toward a destiny greater than he could ever have imagined.

The 2021 film Dune is available for library checkout. 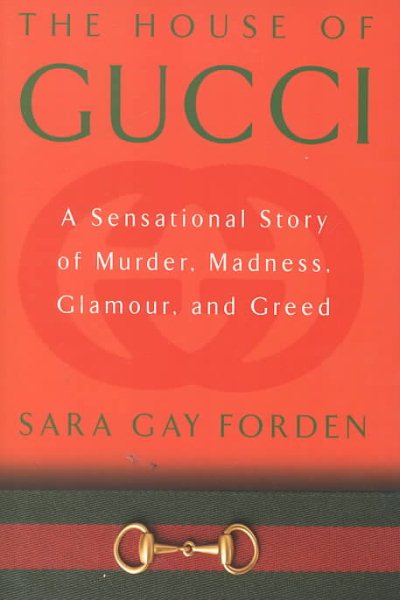 House of Gucci
Based on The House of Gucci: A Sensational Story of Murder, Madness, Glamour, and Greed by Sara Gay Forden

Chronicles the rollercoaster ride of Maurizio Gucci, from Guccio Gucci’s leather shop in the early 1900s to the Investscorp takeover of the multimillion dollar corporation in 1993 and Maurizio’s 1995 murder by his ex-wife.

Nominated for Best Makeup and Hairstyling

When Leda’s daughters leave home to be with their father, she decides to take a trip to a small coastal town in Italy, but soon after she arrives memories from her unsettled past come back to haunt her.

An ambitious carny with a talent for manipulating people with a few well-chosen words hooks up with a female psychiatrist who is even more dangerous than he is.

The 2021 film Nightmare Alley is available for library checkout.
(Note: this title is not currently in circulation in Delaware County Libraries, but if you’d like to read it you can make an acquisitions request by contacting us.) 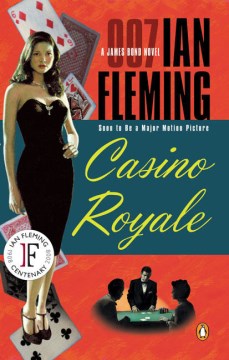 Film synopsis: James Bond has left active service. His peace is short-lived when Felix Leiter, an old friend from the CIA, turns up asking for help, leading Bond onto the trail of a mysterious villain armed with dangerous new technology.

The 2021 film No Time to Die is available in the Library catalog.
(Note: the cover featured here is from Fleming’s novel Casino Royale, which marked the first appearance of James Bond.) 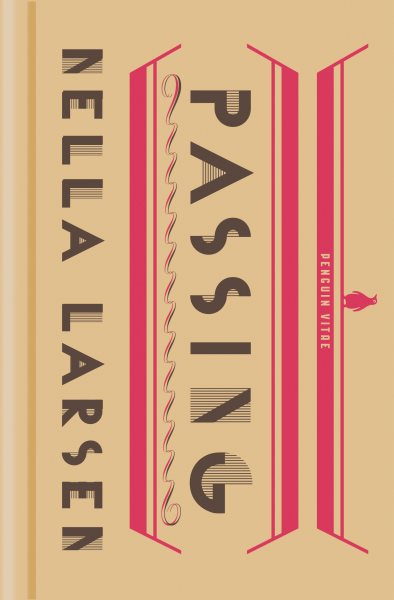 Passing
Based on the novel Passing by Nella Larsen

Clare Kendry–a beautiful light-skinned African American woman married to a white man who is unaware of her heritage–long ago cut all ties to her past, but a reunion with a childhood friend forces her to confront her lies. 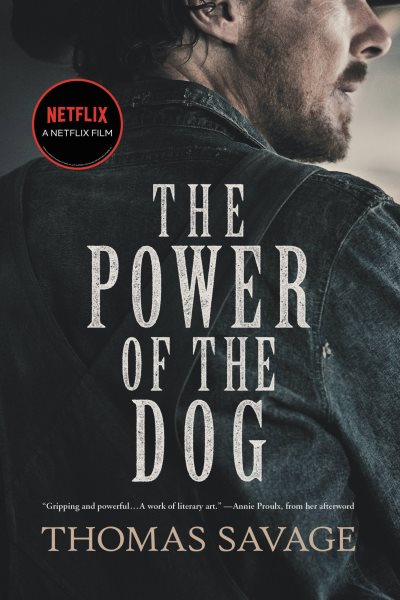 Set in 1920s Montana, this compelling domestic drama tells the story of two brothers–and of the woman and young boy, mother and son, whose arrival on the brothers’ ranch shatters an already tenuous peace. 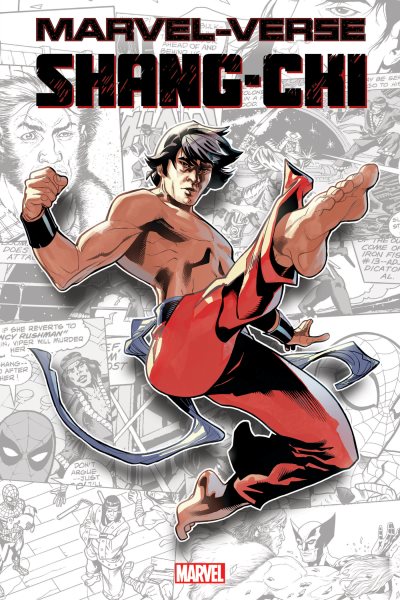 Film synopsis: Shang-Chi is forced to confront the past he thought he left behind when he’s drawn into the web of the mysterious Ten Rings organization controlled by his father, a man who gained immortality and a desire for unlimited power when he acquired an ancient artifact centuries before.*

The 2021 film Shang-Chi and the Legend of the Ten Rings is available in the Library catalog.
*Summary provided by WorldCat.
(Note: the cover featured here is from Marvel-verse, Shang-Chi.) 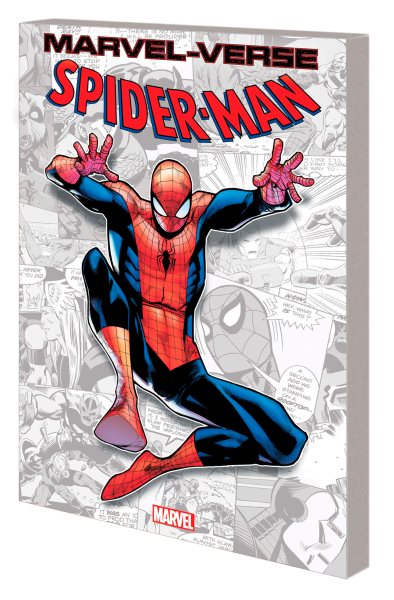 Spider-Man: No Way Home
Based on the Marvel Comics character Spider-Man

Film synopsis: With Spider-Man’s identity now revealed, Peter asks Doctor Strange for help. When a spell goes wrong, dangerous foes from other worlds start to appear, forcing Peter to discover what it truly means to be Spider-Man.

The 2021 film Spider-Man: No Way Home is available in the Library catalog.
(Note: the cover featured here is from Marvel-verse, Spider-Man.) 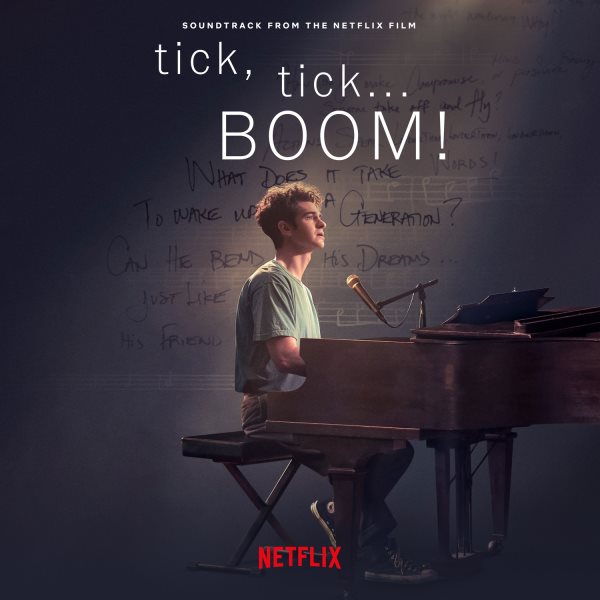 Though not based on a book, Tick, Tick … Boom! Is an adaptation of the stage musical composed by Jonathan Larson. The Library has copies of the soundtrack in our catalog.

Film synopsis: Musical drama film directed by Lin-Manuel Miranda in his feature directorial debut. Written by Steven Levenson, it is based on the stage musical of the same name by Jonathan Larson, a semi-autobiographical story about Larson’s writing a musical to enter the industry.*

The Tragedy of Macbeth
Based on William Shakespeare’s Macbeth

One of Shakespeare’s most popular plays, filled with fierce, violent action, Macbeth is a human drama of ambition, desire, and guilt in a world of blood and darkness, with whispers of the supernatural. 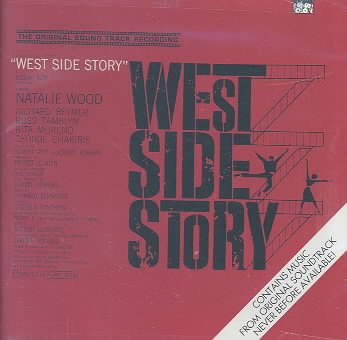 While West Side Story isn’t based entirely on a book, it is an adaptation of the stage musical of the same name and the Library has numerous recordings of West Side Story in our catalog. The musical and movie are also inspired by William Shakespeare’s Romeo and Juliet.

Film synopsis: Based on Shakespeare’s Romeo and Juliet, Tony and Maria fall in love despite being from different backgrounds.

These nominees may not have literary roots, but we still have the movies in our Library collections for you to enjoy! 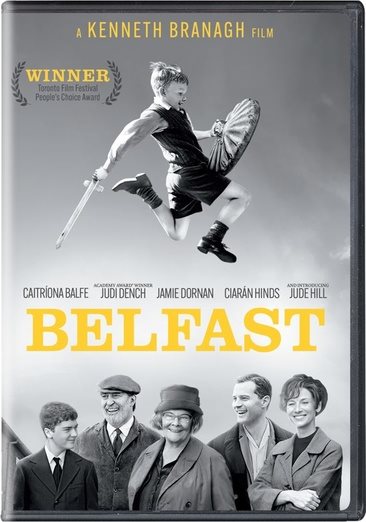 A young boy and his working class family experience the tumultuous late 1960s. 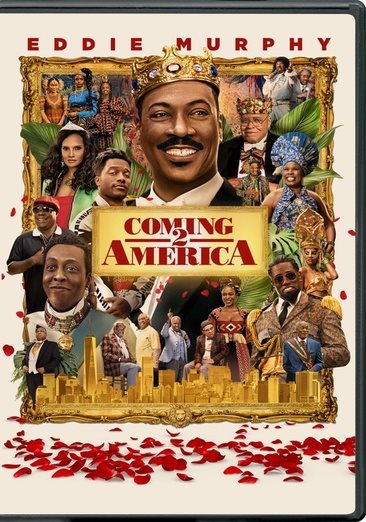 Set in the lush and royal country of Zamunda, newly-crowned King Akeem and his trusted confidante Semmi embark on an all-new hilarious adventure that has them traversing the globe from their great African nation to the borough of Queens, New York – where it all began.* 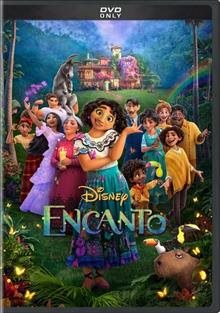 Tells the tale of an extraordinary family, the Madrigals, who live hidden in the mountains of Colombia, in a magical house, in a vibrant town, in a wondrous, charmed place called an Encanto. The magic of the Encanto has blessed every child in the family with a unique gift from super strength to the power to heal—every child except one, Mirabel. But when she discovers that the magic surrounding the Encanto is in danger, Mirabel decides that she, the only ordinary Madrigal, might just be her exceptional family’s last hope.* 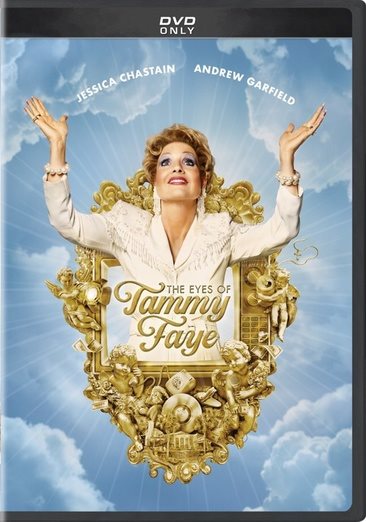 The Eyes of Tammy Faye

An intimate look at the extraordinary rise, fall and redemption of televangelist Tammy Faye Bakker. 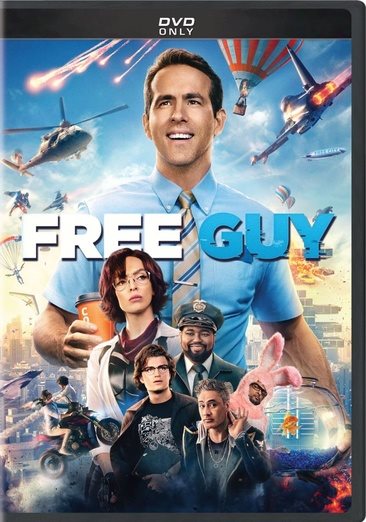 A bank teller discovers that he’s actually an NPC inside a brutal, open world video game. 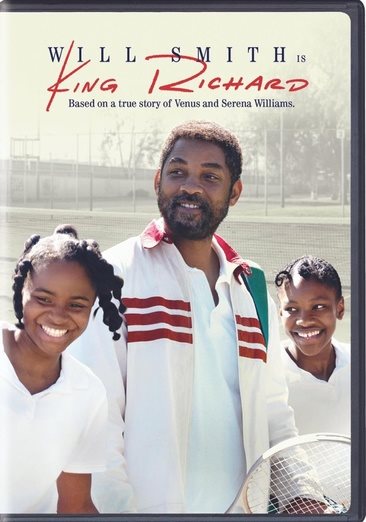 A look at how tennis superstars Venus and Serena Williams became who they are after the coaching from their father Richard Williams. 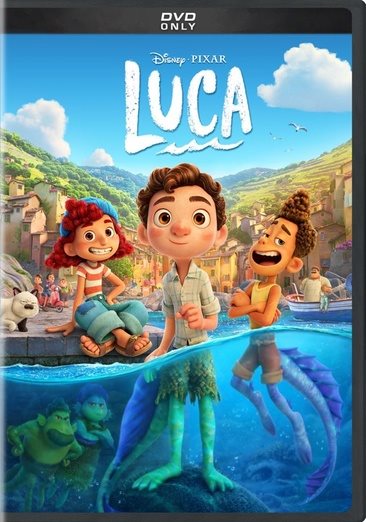 On the Italian Riviera, a young boy develops an unlikely friendship with a sea monster who is disguised as a human being. 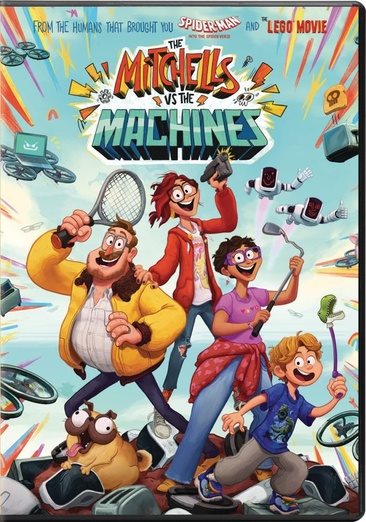 The Mitchells vs. the Machines

Katie Mitchell is accepted into the film school of her dreams. Her whole family drives Katie to school together when their plans are interrupted by a tech uprising. The Mitchells will have to work together to save the world. 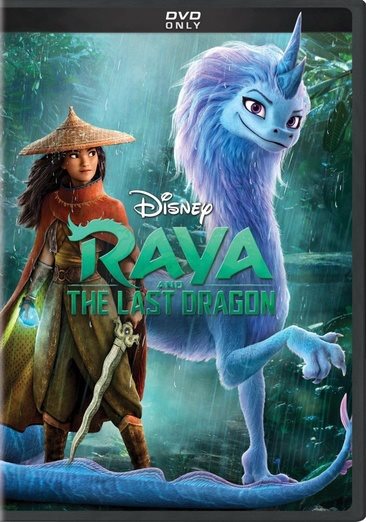 Raya and the Last Dragon

Raya and the Last Dragon takes us on an exciting, epic journey to the fantasy world of Kumandra, where humans and dragons lived together long ago in harmony. But when an evil force threatened the land, the dragons sacrificed themselves to save humanity. Now, 500 years later, that same evil has returned and it’s up to a lone warrior, Raya, to track down the legendary last dragon to restore the fractured land and its divided people. 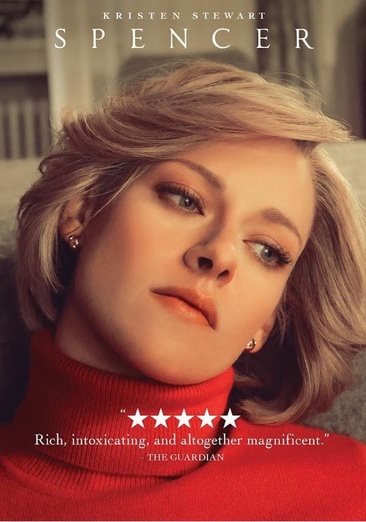 The marriage of Princess Diana and Prince Charles has long since grown cold. Though rumors of affairs and a divorce abound, peace is ordained for the Christmas festivities at the Queen’s Sandringham Estate. There’s eating and drinking, shooting and hunting. Diana knows the game. But this year, things will be profoundly different. This is an imagining of what might have happened during those few fateful days.*